Nature and the city meet at Aquarelle Residence 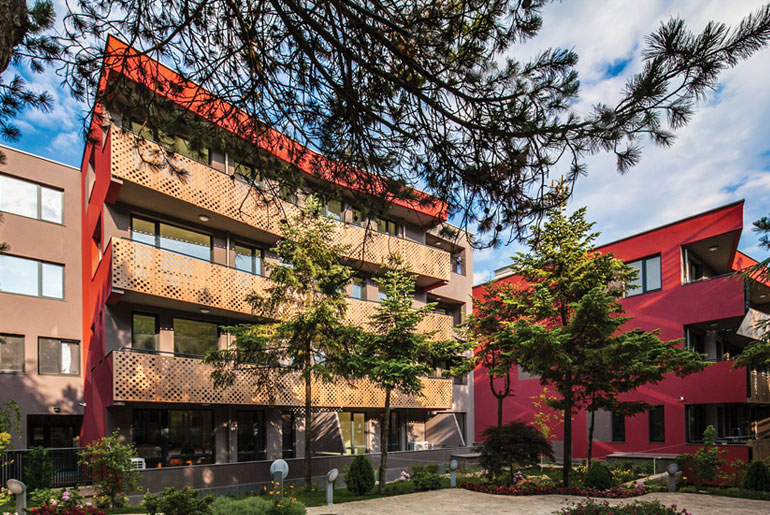 Aquarelle residence is one of the large-scale residential Planex complexes of closed type; it is situated in Briz suburb of Varna city, next to the French Language School.

Key accents in the concept of Aquarelle Residence are the peaceful area surrounded by the two biggest city parks and the proximity to the downtown. We situated the buildings in the interspaces between the pine tress to create a feeling of seclusion and individuality within a natural environment. We designed water cascades, park area, children’s playground constructed of natural materials and various relax spots such as a SPA zone with a swimming pool and sauna, a gym, etc.

The project was implemented in several stages during 2010 – 2016; it demonstrates the full potential of the harmonious living environment combined with the proximity of the big city dynamics.

With Aquarelle Residence, Planex created all necessary conditions for modern style of living in an ecological and healthy environment where the owners can enjoy the comfort of their homes and safely raise their children.

For further information on the sales of properties at Aquarelle Residence please contact: (+359) 52 610 746 or (+359) 88 212 2212; if you happen to pass by the residence area, do come in the yard to feel the pine wood embracing you – it’s the same feeling as if you were at a mountain resort, while actually being 15 minutes drive from the downtown of Varna!